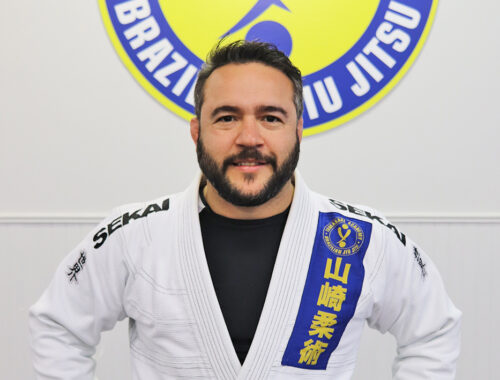 Prof. Francisco Neto began training Judo at the early age of three under the guidance of Shigueto Yamasaki.  Neto started competing when he was only seven and began his start as an assistant instructor at 13.

Prof. Neto began training in Jiu-Jitsu in 1991 under Fernando Yamasaki. When he moved to the Washington D.C. area as a brown belt in 1999, Neto began teaching full-time at the Yamasaki Academy with Mario Yamasaki.  He received his Black Belt  2001 at the early age of 21.

Prof. Neto is the Head Instructor at Yamasaki Academy of Springfield and currently holds a 5th degree Black Belt in Brazilian Jiu-Jitsu and a 3rd Dan in Judo, with extensive experience in teaching children and adults. Has worked with multiple law-enforcement agencies teaching Defensive Tactics/Hand to Hand combat, such as FBI, DEA, Dept. of Homeland Security and Fairfax County PD.

Brazilian Jiu-Jitsu
Prof. Neto was multiple times Sao Paulo State Champion in Brazilian Jiu-Jitsu, got a Bronze Medal at IBJJF Pan-American Championship on his 1st time competing as a Black Belt, back in 2001. Competed against former UFC Champion Matt Serra at the 1st documented BJJ Superfight in America. Also has competed against the likes of BJ Penn, Steve Maxwell, Pablo Popovitch, Ricardo Almeida,  and Cleber Luciano.

International Jiu-Jitsu
Prof. Neto was a member of the Brazilian National Team for the Ju-Jitsu International Federation (JJIF).  He competed in several tournaments with this organization.