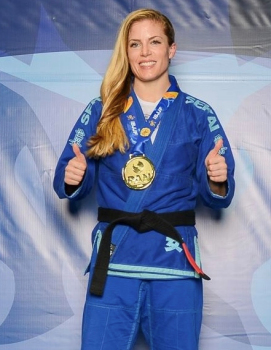 Kristen also holds the rank of Sandan (3rd Degree Black Belt) in Judo. She represented America as part of Team USA from 2004 – 2008. She won many medals nationally and internationally and retired from Judo competition as the #1 ranked athlete in the country at -63 kilos.

Coach Kristen is a former Fairfax County Police Officer and now teaches kids and adults at our Springfield school.

Judo
Coach Kristen has been competing in Judo tournaments all over the world since she was a teenager.  She has won medals nationally and internationally including Silver at the National Championships Seniors in 2006.  She was a member of Team USA from 2004 to 2008 and was ranked the #1 athlete  in the US at -63 kilos.